When starting a new project I like to automate as much as possible. One of the most important tasks is getting tests running on CI. There are a number of great CI services but for this project I'm going with Travis CI.

Let's take a look at the configuration I've settled on and what it all means:

This configuration runs great and takes about 2 minutes 30 seconds on the base app.

I also tried caching the flutter directory to boost install speed. Here is an configuration iteration I tried:

Caching the flutter directory dropped the test run time to to about 1 minute 10 seconds! The install step was then more complex as it has to check if the flutter directory exists and only run git clone if it doesn't. But there was a larger issue where the "if directory does not exist" was having false positives and causing Flutter to not get installed correctly. I would like to improve CI performance but don't want to spend any more time on it now so I've added #6 Cache flutter directory on CI to the backlog as a future improvement.

With CI setup, I like to protect the master branch from accidental pushes. This is less important when you are working on your own but is very important when working with teams. It's also a good way to require that tests are kept in a passing state.

This is how I configured GitHub's branch protection on the master branch: 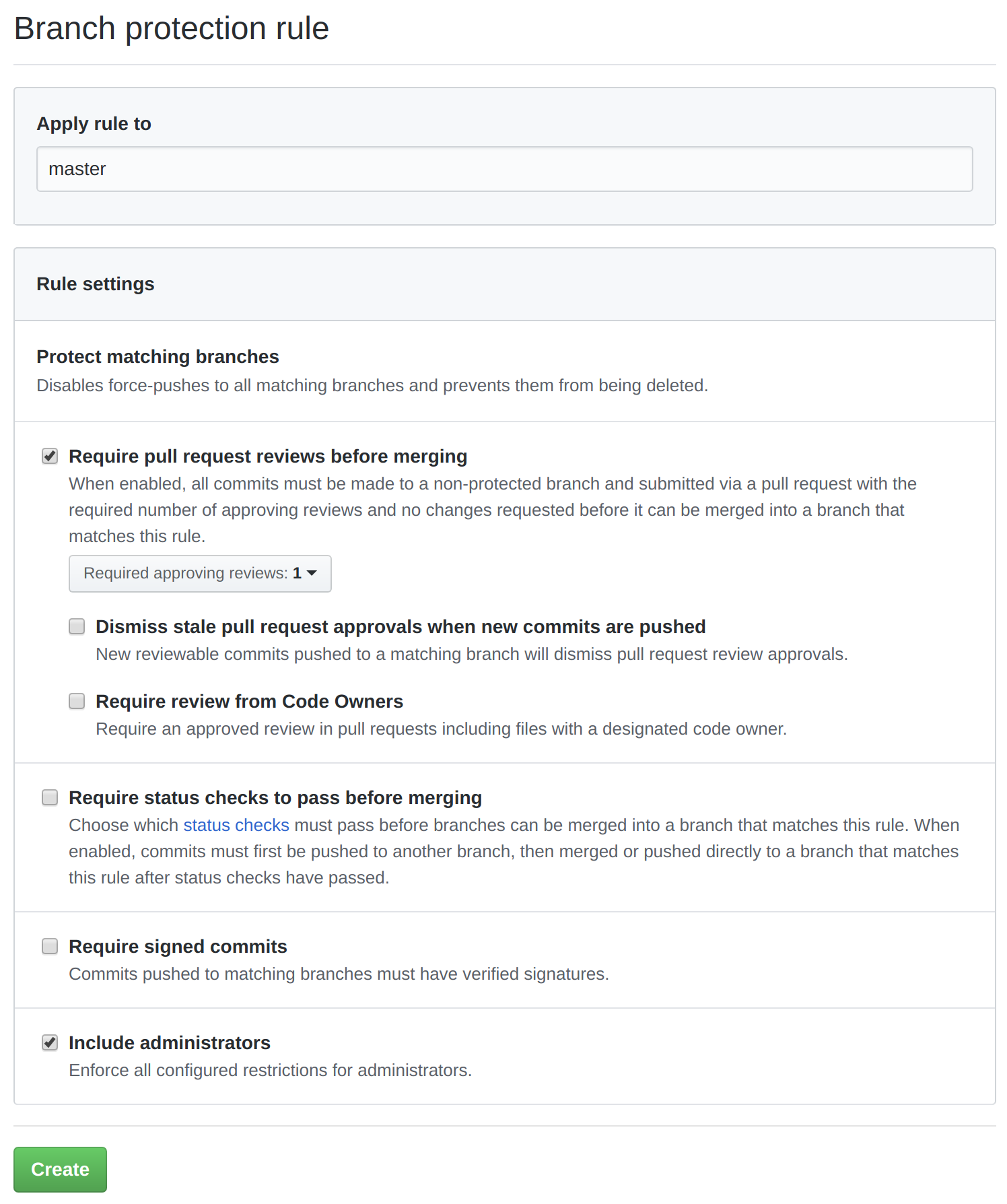 Come back tomorrow when I'll set up linting.