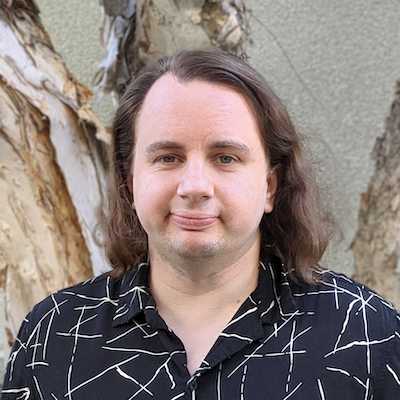 I really wanted to attend Data Con LA in person this year. Unfortunately, that wasn't an option, thanks to the delta variant of COVID-19 and Americans not being vaccinated at a high enough rate to reach herd immunity. So instead, for the second year in a row, Data Con LA was held virtually over three days from Friday, September 17th, 2021 through Sunday, September 19th. Due to other committments, I was only able to attend the event on Friday, but I still came away with plenty of new insights into how the use of big data can affect industries as varied as public safety, social justice, and entertainment.

This was my first time attending a conference through Hopin, and its limitations became clear pretty quickly. Only five speakers (plus a shared screen) were allowed at any time, meaning some panels had to promote and unpromote panelists in order to allow everyone to talk. Sessions only became available to enter right at the start time, making it very easy to miss the beginning moments of a speaker's talk. And on-demand videos had to be shoe-horned into the session format, resulting in a long list of sessions that had nothing but an unlisted YouTube video embedded in them. But the conference seemed to operate without any major technical hiccups, and ultimately, reliability is the most pressing concern for a live event.

The day kicked off at 8:30 AM with a series of keynote talks by speakers including Gil Elbaz from TenOneTen Ventures and Karen Borchgrevink of LA Tech4Good. Ron Galperin, Controller for the City of Los Angeles, spoke about the work his office has done to open up the city's enormous trove of data through lacontroller.org and the efforts made to keep sensitive information about the city's residents private. Alison Burnham, Chief Data and Analytics Officer at RepairSmith.com, talked about the many titles she's had as a data scientist throughout her career, as well as the importance of being able to communicate with non-technical people and the need to integrate data scientists with the rest of a business's operations.

After the keynotes, I headed into my first session of the day. It was a presentation by Preet Singh called Crime in the Pandemic: A look at changes in Los Angeles crime during Covid-19. Mr. Singh had scoured the many datasets provided by the Los Angeles Open Data site for trends in crime both during the initial wave of the pandemic and in the "recovery" phase since the distribution of vaccines. Some of his discoveries included that:

My next session was Data Equity and Ethics: From Idea to Practice by Cindy Lin. Lin talked about the difference between data ethics (“Is this the right thing to do? Can we do better?”) and data equity (considering data through lens of marginalized communities), as well as how their company, HopSkipDrive, attempted to implement practices around them. They talked about setting up working groups of employees to consider how the company could solve some of the issues affecting their user bases, and also how those working groups had to become flexible to accomodate the changing demands of the business.

How do you find an athlete that’s not just elite at sports but elite at influencing?

I wrapped up my day attending a panel titled Show, Don’t Tell: How Data Is Changing Hollywood. The panel included representatives from big studios like Warner Bros., streaming operators like Amazon, content creators, and even a company focused on social media influencers. The question on everyone's mind was how to integrate data into a field that doesn't have iterative feedback cycles. ("Snyder Cut" aside, most movies don't get post-release updates.) Instead, social media signals end up being one of the most useful sources of data. Chris Detert of Influential even went as far as to say, “Social media is the single greatest source of crowd-sourcing information. If you can structure that information, you can predict the future.” The panelists also spoke about the balance between personalization (giving you what you say you want) and discovery (showing you something you might like but aren't currently aware of). As Laura Schaeffer, Head of Strategy & Business Operations at Hulu, put it, “Offering someone something they might not know they will like requires overriding the personalization built into the system.”

After a full day of interesting talks and presentations, I left Data Con LA impressed by the different impacts data can have not just on the tech industry but on society at large. Whether raising awareness of increasing attacks on Asian Americans, assisting underrepresented groups in using a business's app, or helping a family discover a new television series to binge, data is playing a critical role in shaping the future for all of us. I can only hope the data points to me being able to attend next year's conference from somewhere other than my home office.